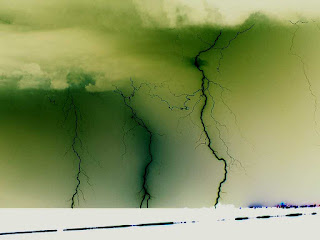 Last supper - Carlos Feinstein
What is the height of corruption? Shouted the failed Messiah, because Judas had stolen the wine.
Missing - Sergio Gaut vel Hartman
For some years I lose all my friends. My other me usually finds them, but he never returned them to me.
Divine rebuke - Jorge X. Antares
Look what you've done with the flock! And the Pope, embarrassed, went to bed without dessert.
No vacancy – Héctor Ranea & Sergio Gaut vel Hartman
The Messiah did not find rooms to lodge in Jerusalem. Pilatus offered him one, only if he would agree to be crucified.
Lost and found - Javier López
I lost my sense of humor. I have been told that the one who found it spent several days laughing at me.
The shadow – Claudia Cortalezzi & Héctor Ranea
The idea sneaks my mirror out and moves it towards the darkness so nobody could find it.
The day before - Daniel Frini
—Look, Teuco, to the horse the Achaeans gave us.
—I don't like it Croesus. Why do you think in its flanks it's written: Check mate?
Chaos theory - Rafael Vázquez
God created just a butterfly. It flapped its wings and a Universe began to form.
Primeval doubt - Daniel Frini & Nanim Rekacz
—Adan, husband of mine —said Eva—, What is an orgy?
—I don't know—said Adan, caressing the snake—. I only know what zoofily is.
Ministry of Truth - José Luis Zárate
Sometimes the best trees in the Ministry of Truth are not perceived in the forest in which we live.
Bouncing on two mirrors – Héctor Ranea
My best ideas occurred to me under the shower, but they flew away together with my image as soon as I threw a glance to the mirror.
The chair that don’t – Gilda Manso & Héctor Ranea
From the rocking chair I see the mother completely naked, so a question bites me: Could it be that I’m completely invisible?
Promise - Patricia Kieffer
He swore to his wife, that he would never leave her for another woman. And he kept. He left with Martin.
Delay - Carlos Feinstein & Sergio Gaut vel Hartman
They came, at last, but too late. The humans lived peacefully and waiting for them with weapons that they could not even imagine. The remains of the Four Horsemen of the Apocalypse were never found.
Regional Cooking – Javier López & Oriana Pickmann
—Mum, what do we have for dinner today? —asked the little savage.
—A tender Australian missionary —answered softly the cannibal mother.
Gourmets – Daniel Frini & Sergio Gaut vel Hartman
—So, tell me, do you have barbeques in Mars?
—Of course we have!
—Offal?
—Inirf intestines, namtrah kidneys and other delicatessen. ..
Branches - Oriana Pickmann
It was hard for the genealogic tree to believe that one of its branches was a black sheep.
Scammer - Javier Lopez & Sergio Gaut vel Hartman
He buys things like eclipses and horizons, selling illusions and crescent moons to men of cities who knew these phenomena only by what they read in the press, while taking breakfast in a  hurry.
The auction - Guillermo Vidal
Who's bidding higher? Going once on ninetenn, going twice... going thrice and... sold for nineteen!
Translations were made by Oriana Pickmann, Maria del Pilar Jorge, Carlos Feinstein and Hector Ranea
Publicado por Sergio Gaut vel Hartman en 12:59 No hay comentarios: